Tips for Co-Existing with Native Reptiles We share our Chihuahuan Desert home with many different species of native reptiles. That’s right — we are talking about lizards, snakes, and turtles! Not everyone is a fan of these scaly critters, but most aren’t dangerous, and some you might even want to keep around — in your yard, of course.

According to Leland Pierce, the reptile and amphibian biologist for the New Mexico Department of Game and Fish, “There are over 10 lizard species common to the region, along with over 20 snakes, and one turtle species; however, given the cryptic nature of most reptiles, they often go unnoticed by the general public.”

The most common lizards and snakes you are likely to see in our area are whiptail lizards, long-nosed leopard lizards, gopher snakes, bullsnakes, and western milksnakes. These are the ones you want to keep around. “They take care of the pests you don’t want in your home like spiders, bugs, and rodents,” says owner of Cross City Exotics in Las Cruces and long-time reptile-keeper Mike Daniels. If one of them makes their way into your home, simply help it get back outside by catching it in a box or container. The fact that they are nonvenomous doesn’t mean they won’t try to bite if you try to pick them up, but a bite won’t cause you any additional harm beyond the pain of the bite itself.

Box turtles are also nonvenomous critters native to our area. The most commonly seen subspecies in our region include the desert box turtle and the ornate box turtle. As juveniles, they are very small and grow to be only about six inches in diameter. One spring day in 2018, one of these tiny turtles wandered its way into Jennifer Taylor’s yard. When her son brought it to Jennifer, her first reaction was to put it back outside and let it continue on its way. “Then we noticed a nail polish marking on her shell and my husband and I realized that she most likely was a pet that got out and wouldn’t know how to hunt for herself,” said Jennifer.

After some time passed and there was no sign of anyone looking for a lost turtle, the Taylors determined from the color of her eyes that she was indeed a female and named their new family member Myrtle. At the time, Jennifer’s sons were Boy Scouts and earned their Fish & Wildlife Management merit badges by researching and building the ideal habitat for Myrtle, complete with rich mulch, places to hide, and a large water bowl/pool. Myrtle enjoys eating bugs and vegetables and her favorite summer snack is juicy prickly pear. “We love having her, but I would advise anyone who comes across a box turtle that is definitely wild to just let it explore your yard and move on. What is wild should stay wild,” says Jennifer.

Leland adds, “If you want one for a pet, there are plenty of means to acquire one other than taking them from the wild. If you see one while out on a hike and wish to take a picture, please do, but otherwise let the turtle go about its business. It knows what it’s doing.”

If you or someone you know can no longer take care of a pet turtle, there are options. Do not release domestic box turtles into the wild because they won’t know how to hunt for themselves and will starve. Additionally, it is illegal to release pet turtles so diseases are not being introduced into the wild. Lindsey and Mike Daniels are always willing to take in surrendered exotic reptiles and mammals at Cross City Exotics. In addition, Stick House Sanctuary in El Paso can help with injured or distressed wild turtles, but not pet turtles.

But what about the reptiles you want to avoid? The most dangerous reptiles in the area are rattlesnakes. “In Doña Ana County alone, there are five different species of rattlesnake: the western diamondback, prairie, banded rock, desert massasauga, and black-tailed. The western diamondback is found in nearly every habitat of the Chihuahuan Desert,” says Mike. “As you go west into Grant and Hidalgo counties, there are coral snakes and Gila monsters, which are also venomous.”

Whether you’re out in the yard picking weeds or hiking in the desert, be aware of your surroundings and always check before you step. If you do encounter a rattlesnake while out on a hike, remain calm, make sure there are no other rattlesnakes around you, and walk around and away from it. “Always keep your pets on a leash and your children close, as they are the ones that might stick a nose or a hand under a rock ledge and scare the snake into biting them,” says Leland.

Most people rely on the sound of the snakes’ rattle, but “rattlesnakes may not always have a discernible rattle. There are also instances where rattlesnakes will lose the majority of their rattle, leaving them quiet,” Mike warns, providing another reason to be extra cautious. Leland suggests buying a field guide and familiarizing yourself with the rattlesnakes of the region.

But what should you do if you come across one in your yard? The best thing to do is keep your children and pets inside until the rattlesnake moves on. “We encourage people not to move rattlesnakes if at all possible, as mounting evidence suggests that unless you place the animal in a quality habitat situation, moving the rattler will likely lead to its demise,” says Leland.

If someone feels the need to protect their family or pets, they should contact their local animal control rather than try to capture and remove poisonous snakes themselves. Another option for Las Cruces homeowners is to call experienced rattlesnake handler Daniel Casselberry at 609-489-5735 to ask him to remove the snake safely and humanely.

You never want to approach a rattlesnake if you have no snake-handling experience and attempting to harm or kill the rattlesnake is not the thing to do either. Instead, Leland advises, “A landowner should make sure they aren’t attracting rattlesnakes by providing havens for mice; for example, piles of wood where a rattler can hide close to a bird feeder full of seeds rodents desire. As long as the property is attractive to rattlesnakes, other rattlers will just replace the ones the landowner had removed.”

All reptiles (venomous or not) are vital to the animal food chain and the habitat they live in, which makes them important and valuable to our ecosystem. “Amphibians and reptiles are key components of the food webs of our state environments, both as predators and as prey; their loss diminishes the functioning of those systems considerably. This includes the hazardous reptiles, which would include the Gila monster, Sonoran coral snake, and the 10 species of rattlesnakes found in New Mexico,” says Leland.

As stewards of the planet, our job is to make sure we are doing what we can to preserve reptile habitats. The easiest and most effective thing you can do is respect their habitat. Pick up after yourself, don’t allow dogs and cats to roam freely (as they are predators that can decimate reptile populations), and support habitat restoration programs.

When you really think about it, these creatures are quite remarkable. They live comfortably in the extremes of weather, both scorching hot and freezing temperatures and even droughts and floods. Next time you come across one of these critters, stop and remember this was their home long before it was ours. This beautiful cluster of mountains was declared a national monument on May 21, 2014. The Organ Mountains are an eye-catching… 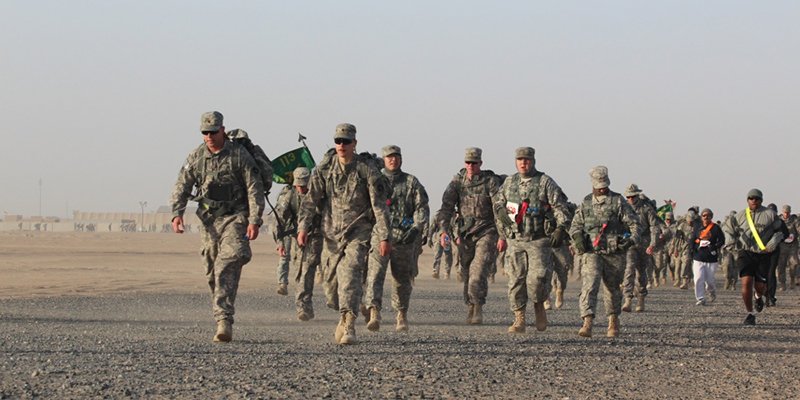 If you like Tips for Co-Existing with Native Reptiles ...Check This Out 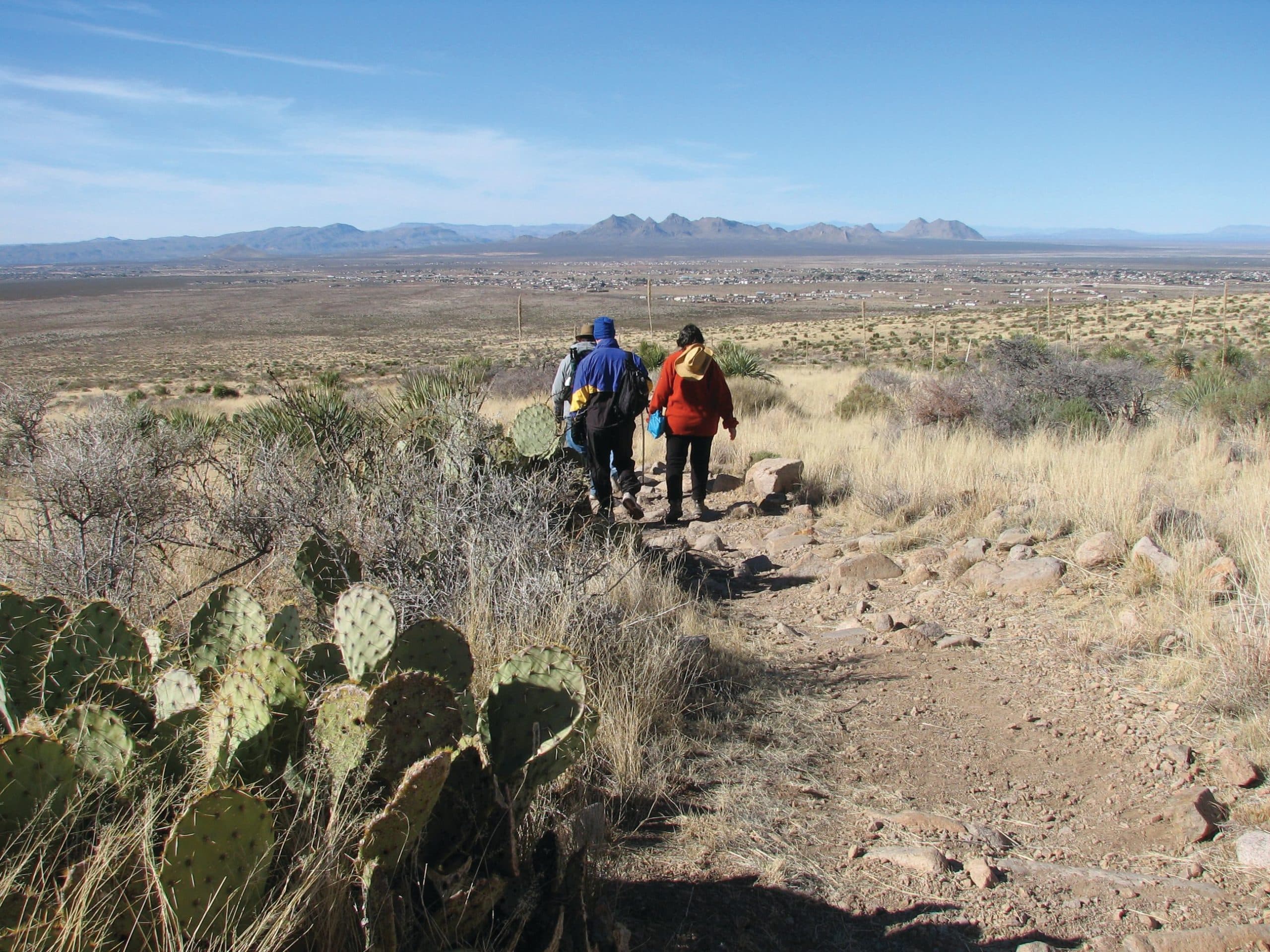