Every August thousands flock to Deming to laugh and cheer at the Tournament of Ducks Parade, the Duck Royalty Pageant and the hundreds of lucky ducks that race for cash prizes! And there’s more… like the Great American Tortilla Toss, the Great American Outhouse Race, and the Great American Horseshoe Tournament. That’s not all. You’ll marvel at the hot air balloons and their awesome mass ascension, have a ball at the carnival, and cut loose to live entertainment.

The Great American Duck Race began in 1980, when a group of Deming men hoping to promote and stimulate business in the community decided duck racing would be just the ticket. Over the years, this celebrated event has grown, bringing some 10,000 people together—residents and visitors alike, who often return year after year, cementing friendships among people as well as fine feathered friends.

The Great American Duck Race is a 43-year-old, only in New Mexico summer tradition that just keeps getting better. This year’s race takes place August 25 – 28 at McKinley Duck Downs in Courthouse Park. In addition to the main event you can look forward to other fun activities including live entertainment, arts and crafts vendors, and delicious food.

Don’t forget to stick around for the Tournament of Ducks Parade and the Duck Royalty Pagent, where participants dressed in costumes that reflect this year’s theme “Racing to Save the Day” (dedicated to local community heroes) vie for the titles of Duck King and Queen.

Road Trip: The All American CowboyFest The Lincoln County Cowboy Symposium has been reinvented for 2021 as the All American CowboyFest, September 30 – October 2, … Read More

If you like Deming Great American Duck Race ...Check This Out 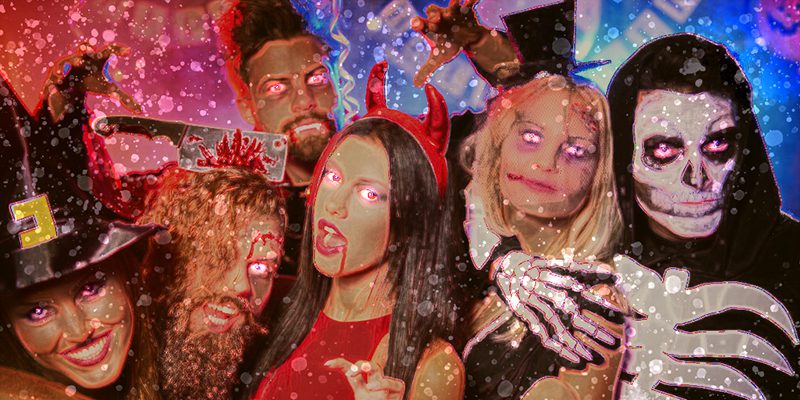 From haunted houses to monster mashes, Halloween weekend serves up a ghoulish selection of activities and events, ready-made for you … Read More Even though many of us find ourselves working or studying from home, there still don’t seem to be enough hours … Read More Home to the largest body of water in New Mexico, Elephant Butte is full of history and fun things to…