Returning to New Mexico State University wasn’t about career advancement for Chancellor Dan Arvizu. His interest in academia after a successful career in science and technology “came as a consequence of wanting to make a difference at my alma mater,” said Dan, who is completing his third year as the 28th CEO of the NMSU system.
Dan worked in his father’s shoe store in Alamogordo when he was in high school, but going to college “didn’t cross my mind,” he said. “I didn’t have a history of role models that had gone to college.”

Then, during Dan’s senior year when he played trumpet in the high school band, a teacher at Alamogordo High School suggested that he pursue a music scholarship. Dan got the scholarship, came to Las Cruces, joined the Aggie Pride Band, majored in engineering, and entered a cooperative education program that combined classroom and work experience.

“I was independent at 18, happy to get away from Mom and Dad,” Dan said.
Part of an engineering cohort of 398 men and two women, Dan knew his professors and Dean Frank Bromilow, but didn’t know the NMSU president or any other university leaders. He lived in Alumni and Garcia halls and walked the length of the campus to attend classes at the engineering center.

When Dan graduated in 1973 with a degree in mechanical engineering, he had “no clue as to what the future held,” he said. That he would one day return to NMSU as its top administrator “never crossed my mind. I didn’t even know what the administration did,” he said.

At that point, Dan had not traveled outside the four-state region where he grew up and had never been on an airplane until he traveled to a job interview during his senior year at NMSU.
“Everything was a new world,” Dan said. “I was adventuresome.”

Dan accepted the lowest-paying job offer he received, from Bell Labs, because it included all expenses paid to the university of his choice for a master’s degree. He earned both a master’s and a Ph.D. in mechanical engineering from Stanford.

Co-op experience Dan earned in Dallas “really shaped my perspective about what the job market was,” he said. His work in different aspects of engineering, such as design, manufacturing, purchasing, procurement, evaluation, and even dispatch on the assembly line, gave Dan a holistic perspective that would serve him in business and academia.

Dan returned to Las Cruces after a distinguished career “in advanced energy research and development, materials and process sciences, and technology commercialization,” to quote his NMSU biography. His work experience included serving as director of the U.S. Department of Energy’s National Renewable Energy Laboratory in Golden, Colorado — the first Hispanic lab director in U.S. Department of Energy history.

After his 2015 retirement, Dan was a senior advisor to Emerson Collective, a nonprofit focused on social justice initiatives, when he heard about the opening for a new chancellor at NMSU — “the institution that gave me my start,” he said.

A “nontraditional candidate for anything related to academia,” Dan said he answered the call with a strong

understanding of management and leadership and how to “create a culture of change.” His skill set is complemented by that of NMSU President John Floros, who also came to NMSU in 2018, after academic and administrative success at Kansas State, Penn State, and Purdue.

As a land-grant university, NMSU has “very specific mission objectives,” Dan said.
“My vision for the institution . . . is that you serve all the people of New Mexico,” he said, including teaching, research, and outreach through the main and branch campuses, experiment stations, and cooperative extension offices.

A reflection of the community’s support for NMSU was solid approval given to two recent general-obligation bonds that will net NMSU more than $40 million.
Strengthening the town-and-gown relationship between NMSU and the community it is a part of has also been an important initiative for Dan.

“I’ve worked with the mayor, city manager, county manager, the related agencies that manage law enforcement and a variety of other things to be as good a corporate citizen as we can be,” Dan said. “All of them are extremely supportive. We’re all on speed dial.”

NMSU also continues to connect with the community through its athletic, music, theatre, school outreach, and other programming. And its reputation continues to grow regionally, nationally, and internationally for its work in agriculture, engineering, food safety, economic development, health care, creative media, national defense, research, and outreach.

But it isn’t buildings or programs that Dan points to with the greatest pride. It’s the students.
“They will inspire you,” Dan said. “They are so far ahead of where I was when I was their age.
You create the environment and people . . . empower themselves.”

New Mexico State University is New Mexico’s land-grant university because of the federal Morrill Act, signed into law July 2, 1862, by President Abraham Lincoln.
The act, sponsored by U.S. Rep. Justin Smith Morrill (1810–98), R-Vermont, “provided each state with 30,000 acres of federal land for each member in (that state’s) congressional delegation,” according to the Library of Congress. “The land was then sold by the states and the proceeds used to fund public colleges that focused on agriculture and the mechanical arts.”

Also according to the Library of Congress, the original mission of land-grant universities “was to teach agriculture, military tactics, and the mechanic arts as well as classical studies so that members of the working classes could obtain a liberal, practical education.” To maintain their status, member institutions’ programming must still include agriculture, engineering, and ROTC.

Today, there are more than 100 land grant universities in the U.S. and American territories. Kansas State University, where NMSU President John Floros served as dean of the college of agriculture and director of extension before coming to Las Cruces in 2018, was the first land-grant college created by the Morrill Act.
NMSU was founded in 1888 as Las Cruces College. It became New Mexico College of Agriculture and Mechanic Arts the following year and became NMSU in 1960. Las Cruces, New Mexico is home to the New Mexico State University Aggies which provides a wide array of entertainment,… Often, when people are considering moving to a new city, they want to live in a college town. Fortunately, Las … Read More If you like Get to know NMSU Chancellor: Dan Arvizu ...Check This Out 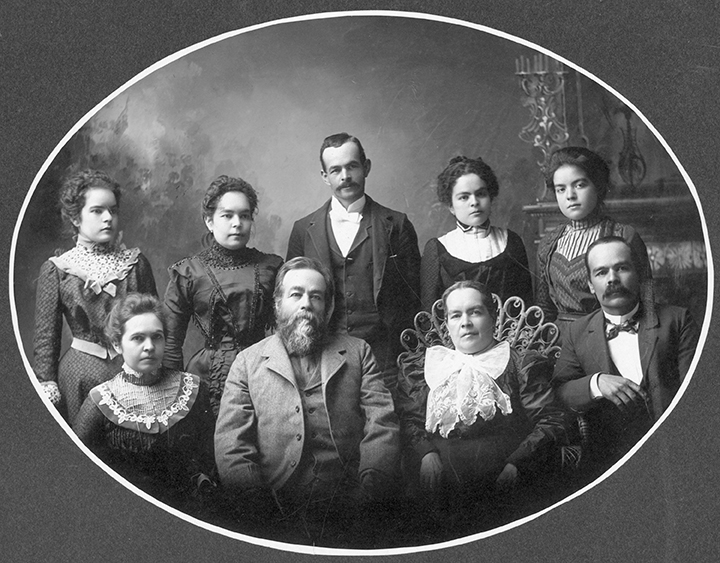