Home » Camping » Commune with Giants at the City of Rocks

A visit to City of Rocks State Park puts me in mind of Jonathan Swift’s 18th century satirical novel, Gulliver’s Travels. During a recent visit, I couldn’t help but feel like the book’s Lilliputians, the tiny people who “capture” Gulliver — a giant to them — who washes up on their shores. Except in this case, I am the Lilliputian surrounded by the park’s jumble of massive rock formations: boulders, hoodoos, and pinnacles, some soaring 40 feet in height from the Chihuahuan Desert floor.

It is at once both exhilarating and humbling to ramble among these Stonehenge-like columnar landforms populating the heart of the almost 3,000-acre state park located midway between Deming and Silver City. A massive volcanic eruption 35 million years ago at the southern end of the Black Range created the wonderland known as the Kneeling Nun Tuff that park visitors see today.

The City of Rocks State Park derives its name from the amazing rock formations of rhyolitic tuff, or hardened volcanic ash, that spewed from the massive volcano and eventually cooled, hardened, and was shaped by the elements over millions of years. The park, which opened in 1956, draws more than 80,000 visitors on average per year.

Park Manager Gabriel Medrano, a Grant County native, has held his current position since 2013. He notes that the state park offers activities such as hiking, mountain biking, birding, rock climbing, wildlife viewing, picnicking, stargazing, and camping. In addition, there is a desert botanical garden and the first observatory ever built in a New Mexico state park.
“If you like rocks, you can go into the rocks and wander through the city itself,” Gabriel says. “We have an aerial shot in the visitor center [closed due to the pandemic] where you can actually see the ‘streets’ and narrow ‘alleyways’ between the rock formations. It looks like a little city.”
Observant visitors approaching the park entrance will notice a parking area and vaulted toilets to the left, marking the start of Cienega Trail, a two-mile loop that leads to desert springs frequented by a variety of birds and a boardwalk. It is one of a handful of mostly easy hiking trails totaling 7.5 miles, excepting the trail that climbs about 500 feet to the top of 5,726-foot-high Table Mountain. Keep an eye out for nesting golden eagles, elk, and the occasional bighorn sheep at the higher elevations.
As a leader of a Youth Conservation Corps crew in 2004, Gabriel oversaw the construction of the 3.5-mile Hydra Trail that encircles the park. More recent trails — the Cienega and Table Mountain — opened in 2015 and 2016 respectively.
One of the most unusual trails that spotlights mankind’s place in the cosmos commences near a windmill behind the visitor center. Stroll through the solar system — from the sun to Pluto and beyond, on the 420-yard Planet Walk Trail — reading about the properties of each on interpretive panels along the way.
Currently, 39 campsites are available by reservation only (877-664-7787). Of the 10 water and electric sites, only four can be reserved. The campgrounds have hot showers and restrooms. A couple of camping areas are available to drop-in visitors.

Las Crucens Julie Phillips and Steve Ruwoldt spent an October night camping in the Pegasus Campground toward the back of the park on a clear, calm night with few other people around. Julie, who enjoyed sipping coffee while watching the sun ascend between the massive rocks, had been to the park a number of times. For Steve, it was his first encounter with the stone giants.
“Driving there you cross a flat area, and all of sudden there are these huge rock formations popping up out of the ground,” he says. “From a distance, it looks like a city landscape. It reminded me of Stonehenge, but much more expansive. It almost looks like it was planned out.”
A number of campers use the City of Rocks as a staging point for day trips to surrounding attractions, according to Gabriel. A two-hour drive to The Catwalk National Recreation Area to the west or Gila Cliff Dwellings to the north make for pleasant day trips from the state park.
At a picnic area near the entrance to the Desert Botanical Garden, I encountered the Rowlett Family of Chapparal, New Mexico, enjoying a snack. They had started their morning with a drive to The Catwalk and were spending the afternoon exploring the City of Rocks before heading home.

The Mimbres River Valley is rich in both natural and cultural history. A major branch of the Mogollon culture, the Mimbreños, frequented the area up until about 1250 A.D., living in small villages, farming, and crafting pottery decorated with geometric designs and animal figures. Later came Spanish explorers and military expeditions whose routes crossed the valley several miles south of the City of Rocks. John Russell Bartlett sketched rock pinnacles nearby on the Mimbres River while surveying the southern boundary of the United States in 1851. To get a nice overview of the park facilities and its fascinating rock formations, take a drive on the circular park road that passes by several campgrounds sporting names of constellations, such as the Orion Group Area and Pegasus Campground. Check out the secluded, scenic campsites with outdoor grills and tables tucked into the openings in the monolithic blocks.

And keep an eye peeled for the park’s wildlife that includes elk, mule deer, coyotes, rabbits, and a variety of avifauna. The sightings on my visit included a Chihuahuan raven, curve-bill thrasher, and a covey of Gambel’s quail emerging from beneath a massive boulder and scampering through the desert scrub.
It had been a quarter of a century since I had driven up from El Paso to spend a spring night at the City of Rocks in a flapping tent as the wind howling through the boulders threatened to send me soaring into space. The park has changed little and reminded me that my stay on this planet is as fleeting as a desert shower. I won’t wait so long next time to return to this land showcasing nature’s fury and beauty.

City of Rocks State Park is located roughly halfway between Silver City and Deming off of State Highway 61 near Faywood. The park is normally open from 7 a.m. to 9 p.m. There is a $5 per vehicle fee. For more information or to check current restrictions, call 575-536-2800 or visit their website. If you like Commune with Giants at the City of Rocks ...Check This Out 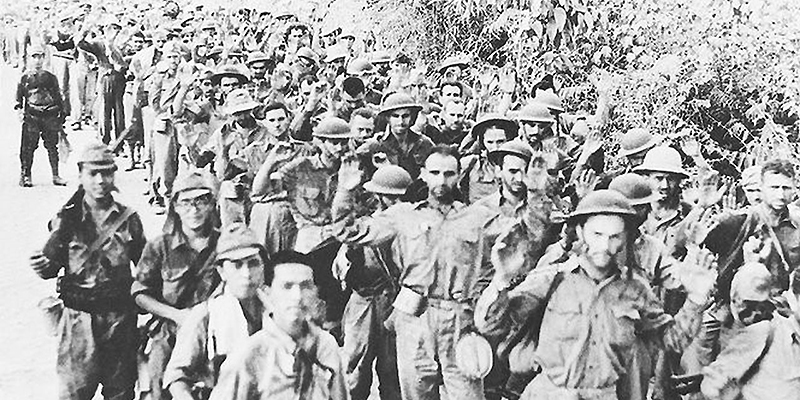